Bad habits. Who doesn’t have them? I have. Tons. And sometimes it feels like I invented them 😅.

But I can assure myself, I didn’t, because they’re always around. It’s part of our growth isn’t it?

My worst bad habits have made me who I am today. Well, not particular the habits themselves, but the fact I figured they weren’t helping me so I had to change.

You see, bad habits, are only bad habits when you think they’re bad. Either by yourself or by social norms.

You shouldn’t bite your nails. That’s a bad habit. But why? I bite nails, so I don’t have to cut them. I hate clipping my nails, because I can’t clip nails with my left hand and I always cut them too short. So, I bite them off. So for me clipping nails is a bad habit (if I had it as a habit).

Is it a habit to relieve stress? You bite them so short it starts to bleed? In that case, it’s not the biting nails that’s the bad habit, that’s just the expression of another bad habit, you stress out easily.

Now that I can relate to as a bad habit. Because stress, well, stresses me out! I don’t like stress, so any habit of thinking the worst first, THAT is a habit that isn’t helping me.

Another one: Ordering pizza when feeling stressed. Ooooh can I relate to that! But, again, it’s a reaction to stress. So can I change the habit of ordering pizza when feeling stressed? What is really happening? I order pizza because I want to comfort myself, reward myself. Feel better. Do I really feel better after the pizza? Rejuvenated, energized, focused, in a happy state?

I don’t know about you, but no, that’s not how I feel after a pizza. Sure, during eating the pizza I feel great! But that lasts only for like 10 minutes until the pizza is done. After that, I feel not better than before, I might even feel worse.

So instead of ordering the pizza, I could also do a workout, run, kick something, jump rope, whatever it is. Do I feel better during? Probably not (well, maybe the kicking things…), but afterward, I do feel better.

You know, I learned that when I have a bad habit, and it disturbs ME or the ones I live with, I want to change them. Somehow the habit has helped me in the past, but for now, it doesn’t anymore.

So I change them.

How do you change bad habits?

You can’t stop them and do nothing anymore. You need to REPLACE them.

A habit is an automated behavior, you agree?

You do it without consciously doing it. So step 1 is: Acknowledge the bad habit and trigger that awareness BEFORE you execute on it.

THEN it becomes a choice. Do I do what I’ve always done? Or do I do differently this time? And being aware, over time, you can shift to a new behaviour and build that as a habit.

OR: you figure out what the bad habit is a result of. Stress? Then handle the stress, and the bad habit doesn’t have any more reason to be there.

Share this on your socials!
#growth , #habits , #personal development 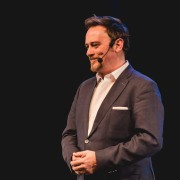 The Diet That Saves You Money

Your belief system determines your future